More than £1billion in taxpayer-funded loans made under the UK government’s Covid ‘bounce-back’ scheme have been identified as potentially fraudulent, official data showed on Monday.

UK banks have also claimed or received £3.8billion in public funds to cover defaults under the scheme – a sign of the vast sums that will be needed to cover emergency loans to small businesses in the during the first months of the pandemic.

The data, part of a new bank performance dashboard on bounce back loans, revealed for the first time which banks were most at risk of default and fraud under the scheme. This will raise new questions about whether they should have done more to weed out fraudsters before granting state-guaranteed loans.

As new Prime Minister Liz Truss prepares a massive financial support package to help struggling households cope with soaring energy bills, the scale of the losses is also a reminder that the government is still covering the costs of the pandemic. .

Under the rebound scheme, government-backed loans worth more than £46billion have been given to businesses with only light eligibility checks to encourage banks to lend quickly.

However, it is now feared that billions of pounds could be lost to fraudsters, with official estimates as high as almost £5billion.

Banks have come under fire from ministers for not doing more to stop fraud in the system and, more recently, for not suing businesses to recover taxpayers’ money.

Bank executives deny the charges, arguing they were simply following rules set by the Treasury to lend to troubled businesses as quickly as possible.

Of the £3.8bn earmarked to cover defaults, £1.2bn has already been paid out to banks by the Treasury, including around £263m covering suspected fraudulent loans.

Lenders have reported that loans worth a further £3.2bn are overdue and a further £1.4bn is now in default.

Government data also showed that £28.3bn of loans were repaid on time, while a further £4.7bn had been fully repaid.

Last weekend, Government Efficiency Minister Jacob Rees-Mogg wrote to Starling Bank asking how it would recover money lost under the scheme. Starling’s total value drawn under the scheme was £1.6 billion, of which more than £600 million is overdue, defaulted or has been claimed and settled. He identified £92m of suspected fraud.

Starling said he “has taken a strong and proactive stance to protect taxpayers’ money, as well as to support our customers and help them repay their loans.” He described “direct comparisons between Starling Bank and other lenders” as “difficult, given data limitations and the different characteristics of each lender’s customer base.” 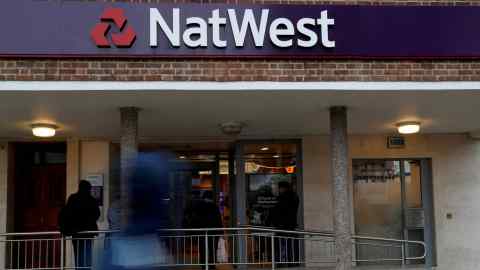 Nearly a third of loans made by Tide, another online bank, have also been repaid under the guarantee, while around half of New Wave Capital’s loan portfolio has been settled.

More than £450m of the £1.4bn loaned by Metro Bank is also overdue, in default or has been claimed and settled.

Metro said that “although it is too early to draw concrete conclusions, we can see the data beginning to normalize and we expect Metro Bank’s position to align with our overall contribution to the BBLS program in the over time”.

He added that he “understands [its] responsibilities within the framework of the program and at all times respected the spirit and the rules of the program [taking] a rigorous approach to detecting fraudulent BBLS loan applications.

The largest amounts of suspected fraud were reported by Lloyds and Barclays, at £304m and £259m, respectively, but those banks also have two of the biggest lending books with rebound at £8.5bn of pounds sterling and 10.7 billion pounds sterling. Barclays, the biggest lender under the scheme, has also claimed or had its claims settled on more than £1bn of loans.

“We continue to proactively tackle BBLS fraud, and we are committed to identifying, escalating and recovering fraud within the programs – in line with government lending program requirements,” Barclays said.

Tide, Lloyds and New Wave Capital did not immediately respond to a request for comment.