Shanghai businesses prepare for the upcoming 618 mid-year shopping spree, another major online shopping festival in China outside of the Double 11 event, as the city pushes forward phased work resumption , after its latest COVID-19 outbreak was gradually brought under control and a return to work campaign is gaining momentum.

The upcoming 618 online sales event provides e-commerce platforms as well as retailers and factories with a major platform to boost sales as they face various challenges including the epidemic and declining sales in the retail in the Chinese market, analysts noted.

At the Shanghai production center of Nivea, a brand of German skincare company Beiersdorf, machines are running on full throttle to stock up on products for the holiday. Nearly 70% of factory workers have returned to their jobs since late April, and they are working in a closed loop, the company told the Global Times.

The plant’s capacity utilization rate is back to around 70% of last year’s level. The Shanghai factory is Nivea’s only manufacturing center in China.

“The large Chinese market has not stopped. Customer demand for high quality products has not diminished. We are busy catching up on production,” said Lei Kaiting, general manager of the commercial affairs department of Beiersdorf Group in China.

Some companies will launch new products in May or June despite the challenges. Yum China’s fast food brand KFC, for example, is planning a promotional campaign in mid-June, according to a statement sent by Yum China to the Global Times.

Automaker SAIC Motor, which was among the first group of companies in Shanghai to be allowed back to work, said it was still aiming to sell 6 million cars, a target set earlier this year. 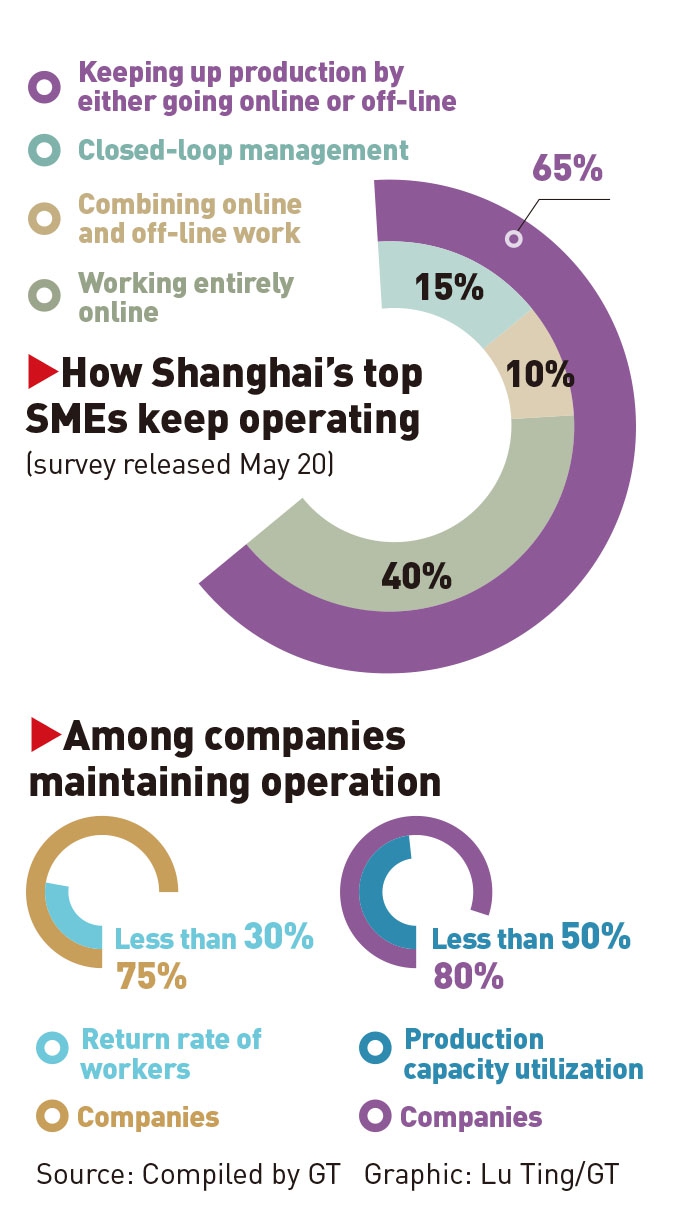 But many businesses still face challenges returning to pre-epidemic conditions. Many staff are still confined to their quarters and cannot return to work. Some told the Global Times that they could not offer closed working conditions to their employees.

The factories are studying various solutions. Beiersdorf said it was building sample rooms and hygiene facilities to help employees return to work.

Amore Pacific, a South Korean cosmetics brand, earlier told the Global Times that it is directing distributors and agents to use facilities such as logistics centers and warehouses in other parts of China to ensure the product supply during the shopping festival 6.18.

Independent e-commerce expert Lu Zhenwang told the Global Times on Sunday that he has reservations about the prospects for a consumer rebound on June 18, as the regional logistics industry in Shanghai only operates at about one-sixth of the pre-epidemic level, and consumption capacity has been affected by the epidemic and will take time to recover.

“Additionally, income stability for people working in the tertiary sector, where catering and tourism account for a large part, has been hampered by the outbreak, another predictable blow to the recovery in consumption,” Ms. Read.

While the consumer market is still digesting the pain, which should mean a contraction in retail sales in the first half, the market should rebound in the second half if the epidemic situation eases, experts said.

Shanghai authorities released a plan on Friday introducing a three-phase work resumption schedule. In the first stage which lasted until Saturday, Shanghai focused its efforts on restoring industrial and supply chains.

In the second stage which will last until May 31, Shanghai will extend work resumption and some areas will remove requirements for employees to apply for e-passes to return to work. In the third phase, Shanghai will accelerate the widespread resumption of work.