MUMBAI – Tata Sons’ acquisition of ailing national carrier Air India for 180 billion rupees ($ 2.4 billion) last week not only is expected to face a political storm, but could be a daunting task for the government. group, which has a checkered history in corporate turnaround.

The sale of the airline, which lost 97 billion rupees in the pandemic-hit fiscal year ended in March, is already being criticized by Indian opposition parties. Thomas Isaac, former finance minister for the southern state of Kerala, said Narendra Modi’s government sold Air India for “peanuts”. Subramanian Swamy, a member of parliament for the ruling Bharatiya Janata party and a former cabinet minister, said he would try to block the deal in court.

Opponents are unhappy that cash-generating assets have been sold to Tata Sons, while Rs.460 billion of Air India debt will still be parked with a public entity backed by real estate assets that may not cover the debt.

Still, analysts aren’t sure Tata got the best of the deal. Since 2009, Indian taxpayers have paid 1.1 trillion rupees to bail out the airline, government officials said at a press conference to announce that Tata Sons subsidiary Talace Pvt had won the bid for the airline company. The sale closes the government’s financial pit but shifts the burden of future investments to Tata.

Statements by Tata Sons chairman Natarajan Chandrasekaran and group patriarch Ratan Tata were long on nostalgia and little detail on the strategy behind the deal.

JRD Tata founded the airline in 1932, before being nationalized in 1953. â€œOn a moving note, Air India, under the leadership of JRD Tata, at one point had a reputation as one of the airlines. most prestigious in the world. “said Ratan Tata, adding that he now had” the opportunity to regain the image and reputation he enjoyed in previous years “.

With the addition of Air India, the Tata group will hold 25% of the national airlines market in terms of capacity, making it the second largest operator after Indigo.

The group also controls the full-service airline Vistara through 51% of a joint venture with Singapore Airlines, and the low-cost company AirAsia India, in which Tata Sons holds 83% of the capital. The deal with Air India comes with a second low cost carrier called Air India Express, which is expected to merge with AirAsia India.

Vipula Sharma, head of infrastructure rating at India-based Brickwork Ratings, said the Air India acquisition brought a long list of things to do for Tata.

“The managerial and financial strength of the group will be put to the test in the integration of employees as well as in the optimization of routes and the fleet, given that several national and international routes have been launched for political reasons”, she declared. “The fleet has not seen any investment due to the low cash flow of the business over the past decade.”

Tata’s takeover comes as global aviation is still reeling from the pandemic. The industry is expected to report net losses of $ 52 billion in 2021, according to the International Air Transport Association, an industry body. As a rebound in travel is underway, airlines are now facing increasing cost pressures, including higher fuel prices, according to IATA. â€œAirlines are an ultra-competitive industry with limited potential to make a difference in terms of market capitalization for a group as large as Tata,â€ said Nirmalya Kumar, professor at Singapore Management University. “The total cash losses of ‘Tata’ airlines will amount to more than $ 1 billion per year for the foreseeable future.”

Intense price competition means Vistara has the cost structure of a full-service carrier and fares that, for the most part, are no higher than those of low-cost carrier Indigo, according to Kumar, who previously was member of the Tata Sons group. Executive counsel. The bankruptcy of rival Jet Airways in 2019 temporarily reduced competition, but Jet plans to resume operations next year.

“Tata has shown no skill in running the two airlines it owns over the past seven to eight years – both still in deficit – to convince any objective observer that they can make a difference,” Kumar said. .

The Tata Group also has few success stories of acquisitions in other industries to draw on. It is still losing money on Corus Steel in Europe and luxury automaker Jaguar Land Rover. Tata Tea made a profit on its stake in the beverage company Energy Brands, known for its Glaceau drinks, but that was by selling it quickly to Coca-Cola in 2007. The history of bad acquisitions caused a rift between the predecessor of Chandrasekaran, Cyrus Mistry and the Tata family. 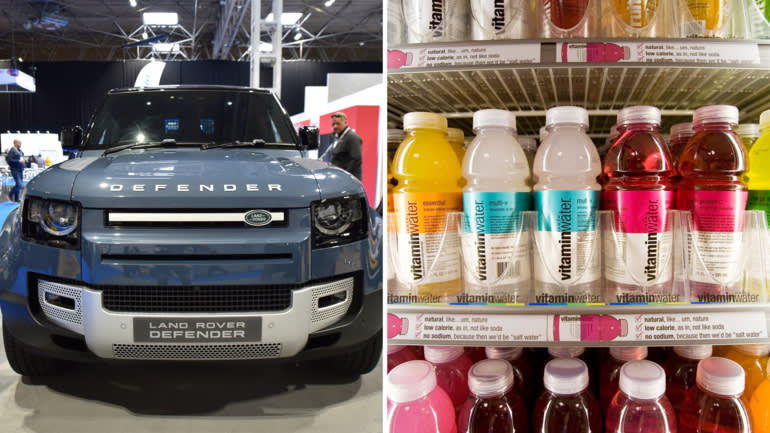 With last week’s deal, Tata has access to Air India’s fleet of 117 narrow-body wide-body aircraft and Air India Express’s older fleet of 24 narrow-body Airbus 320 aircraft. It will dominate domestic business travel, as Indigo does not yet offer business class. And the deal brings international routes and landing and parking locations around the world, as well as a 50% stake in Air India SATS, an in-flight catering.

But one of the early bidders for Air India lost interest after receiving negative feedback from evaluators over the lifespan of the aircraft fleet. “We decided to invest in a new airline rather than invest in Air India where the risks were higher,” said the person representing the entity, who declined to be identified due to an agreement. confidentiality.

â€œThere are several challenges before the Tatas, such as changing the work culture of a [government] company to that of a private sector company, â€said Jitender Bhargava, former executive director of Air India, who wrote a book on the company,â€œ The Descent of Air India â€.

But he said the airline’s return to the private sector also had benefits.

Senior management at India’s state-owned airline spent nearly half of their time dealing with queries and requests from officials of the Civil Aviation Ministry and members of parliamentary committees, Bhargava said. Since 2003, Air India CEOs have been civil servants who had no experience in running an airline, even as financial performance deteriorated. The contracts for the acquisition of aircraft were decided by politicians in New Delhi rather than at the airline headquarters in Mumbai.